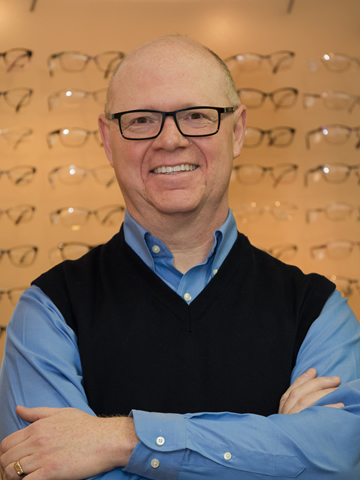 When not at work Gilles can be found hitting the links at golf courses around the province, spending time in Island Park or boating in The Whiteshell or Lake of The Woods.

The couple have two grown sons, and cheer for the Jets and Bombers while attending their games. Both Carol and Gilles are active in their faith community.

Gilles is fluently bilingual in both French and English who enjoys providing eye examinations in both languages tailored to a patient’s preference.

As a member of Portage Vision Services, Dr. Lorteau works to make a difference in the lives of his clients. “Optometry allows me to make a direct, positive impact in a person’s quality of life by helping them see to their potential and help preserve their vision.”